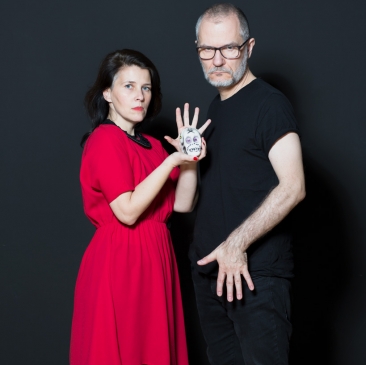 „Songs about Space and Bread”, brand new album from Mołr Drammaz, pioneers of polish electronic underground. They started actions in 1993, followed by many recordings and show afterwards. This new release is the first proper new one in more than 10 years, or even longer. Last year their archival recordings were released by Lullabies for Insomniacs on vinyl LP meeting very nice feedback from the audience and music media and journalists, so Asia and Wojciech decided to record some new music. This fresh selection is the best part of more than 30 news tracks they composed and produced since the beginning of the 2019. Released by Mik Musik, label they established in mid 90’s. But they always look into the future, though NOW is also very, very important.