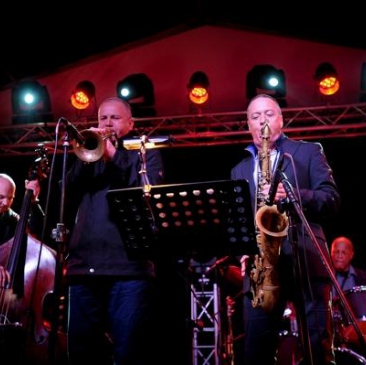 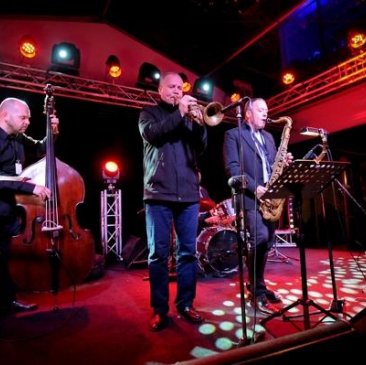 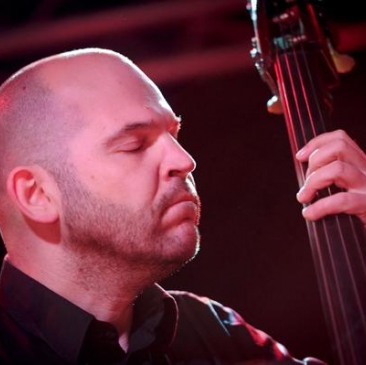 It’s a great pleasure for me to greet you for the third time as Artistic Director of the Sopot Jazz Festival.

For many tri-city listeners, the first edition under my direction was a surprise, as the entire concept of the Festival had been radically changed. Earning the acceptance and trust of our audiences was somewhat of a battle.

But last year, a latent dream of mine was fulfilled when we were taken completely by surprise by an enormous level of interest, and a completely sold-out complement of tickets. And that’s not all! With great regrets, we had to deny several dozen people the pleasure of hearing the concerts, due to a lack of available seats. Who would have thought?

I’m also very pleased by the fact that the Festival’s concept seems to be acquiring a successively larger number of fans. I believe in true listeners, who bank on the quality of the music, and for whom it means more than the well-worn and constantly appearing names seen at many festivals. It’s thanks to all of you that it will be possible for us to continue to hear interesting artists from various continents at Sopot Jazz, and to take pride in hosting their premier performances here in Poland. And something that is a source of particular satisfaction for me is the establishment of contacts between Polish and foreign musicians. We were able to initiate an encounter of this nature in 2011, for example, when Piotr Wyleżoł performed with American Stephen Riley. Their musical relationship endured and since that time, these artists have been in ceaseless contact. They’ve realized numerous concerts and jazz workshops in Poland, and successive ones are already being planned. I have great hopes that the relationships established this year, as well, will prove to be just as creative and long-lasting.

This time, the Festival is going to last one day longer.

We’ll start symbolically on the grounds of the Forest Opera, where the final concert of the 1956 Sopot Jazz Festival took place (this credible information was confirmed to me by eyewitness Jan Ptaszyn Wróblewski, for which I give him my heartfelt thanks), and this evening’s star will be Los Angeles-based Armenian pianist Tigran Hamasyan. His quintet Shadow Theatre will be appearing in Poland for the first time, and I have to admit that I can’t remember the last time such an impression was made on me by a musician this young. His 26 years notwithstanding, Tigran is a remarkably mature virtuoso, composer, leader and improviser. I think that he is an outstanding example of a contemporary artist, building a new standard in western music, on the solid foundations of the eastern culture from which he hails.

This day is traditionally set aside for experiments and alternative projects.

I remember the initial deliberations two years ago with Arek Hronowski, the director of Spatif  lub. Will we succeed in convincing and captivating a not-always-amiable club audience? Is the music that I want to proposethere not going to be a bit too demanding for that venue?

By 2012 at the latest, we’ve been convinced that the combination of those two elements (SPATiF and alternative art) is something that must be continued, and verification of this fact can be found – if nowhere else – in how hard it was to gain entry to the concerts, no more than several minutes after they’d started. Crowds are coming, and they’re interested!

And so, dear and venerable “crowds”, we’re pleased to invite you for two extraordinary concerts of intensely variant nature: Franz Hautzinger, an intriguing trumpet player from Vienna, will devote his full energy to drawing you into his experiments with electronics on the

quarter-tone trumpet, while the American trio Citizen X, led by the remarkable and eclectic guitarist Jean-Paul Bourelly, will present an exciting inter-mixture of spoken word, poetry, progressive blues, rock, jazz and free improvisation during their Polish debut. Bourelly has

recorded a number of CDs under his own name, as well as having been a substantial component of groups led by Miles Davis and Pharaoh Sanders, and co-founded one of his most recent  groups, the Stone Raiders, along with the Rolling Stones’ current bassist Darryl Jones and Willem Calhoun, the percussionist for Living Colour.

We’ll be transported through various hues of jazz and improvisation via the Festival’s main stage, the Zatoka Sztuki (Art Bay) Arts Center. It pleases me to announce that this will be the debut performance in Poland for all of the groups appearing here, and no less than three of

these were formed by special request, specifically for the Sopot Jazz Festival.

Brazilian guitarist Nelson Veras’ European trio will initiate the two-day cycle of concerts. This musician is, without a doubt, among the most interesting and distinctive contemporary jazz guitarists today. His playing is characterized by an original approach to melody and improvisation, a South American musical sensibility combined with latter-day, European-influenced harmonies and a delicately refined, nylon-stringed classical guitar sound.

Women in jazz are, unfortunately, a distinct minority that we usually associate with singing, or the piano. Fortunately, they’re starting to come to prominence in increasing numbers – and on instruments traditionally dominated by men. One of the more significant representatives of this trend is the leading Canadian, New York-based trumpeter Ingrid Jensen. We inclined her to prepare material for a concert in Sopot, together with outstanding constituents of the Polish jazz scene Michał Tokaj, Sławomir Kurkiewicz and Łukasz Żyta.

The Festival’s final day will be opened by American guitarist Ralph Towner, who could be called one of the primary artists associated with the renowned ECM record label. For over 40 years now, his name has been appearing in the label’s catalog with considerable frequency. The several dozen albums issued there are mainly under his own name and with the group Oregon, but there are also numerous projects with artists such as Keith Jarrett, Jan Garbarek, Egberto Gismonti, Gary Peacock and Kenny Wheeler, to name just a few. This exceptionally creative and mature artist, who has developed a highly personal language of his own on his instrument, will be performing at Sopot Jazz in the context that is his specialty – a solo recital.

American Gary Thomas is, without a doubt, among the most characteristic and innovative saxophonists of the contemporary jazz scene. Distinguishable by literally a couple of notes, he has found a language of his own on his instrument, which is a trait of particular value in jazz music. He is active leading groups of his own, as well as being a highly regarded sideman who has appeared alongside artists like Miles Davis, Herbie Hancock, Jack Dejohnette, Tony Williams, John Mclaughlin and many others. The atypical line-up of his quartet includes Matthew Garrison on bass guitar, George Colligan on Hammond organ, and drummer John Arnold.

We’ll close this year’s Festival, once again, with a group formed at our request. It will be led by Jacques Schwartz-Bart, an interesting saxophonist residing in New York, who is from Guadalupe. Besides his activity as a leader and producer, he has intensive cooperation to his credit with artists such as Roy Hargrove, Danilo Perez, Meshell Ndegeocello, Chucho Valdés and D’Angelo. He will present his Caribbean approach to modern jazz in an encounter with leading Polish musicians of the younger generation, Paweł Tomaszewski and his trio. Once again, the entirety will be eloquently narrated by none other than Mr. Artur Orzech – and I, traditionally, am just counting on all of you to turn out for a golden Polish autumn in Sopot!