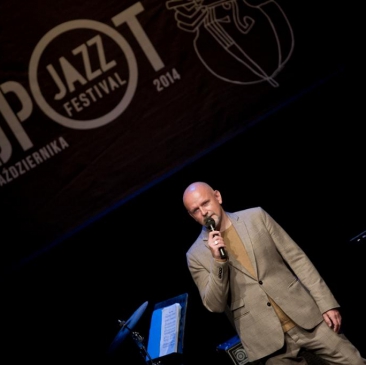 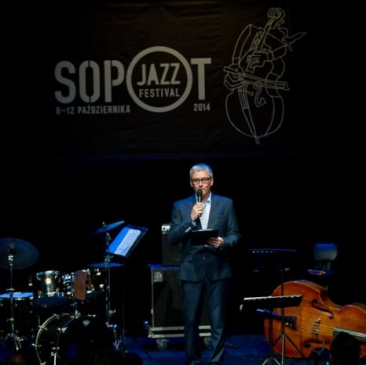 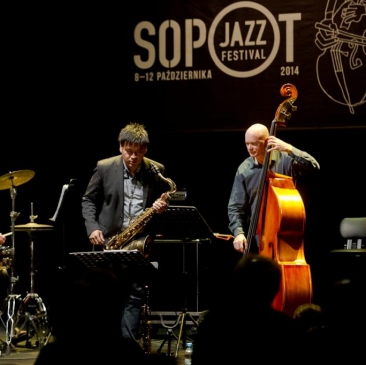 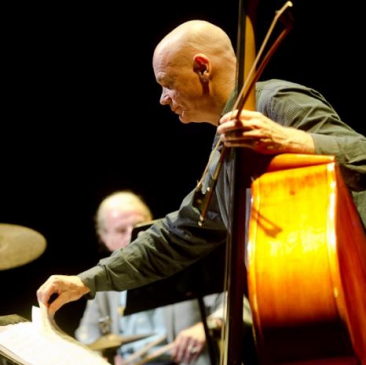 Sopot Jazz Festival 2014 – this time around, there will be five whole days of fantastic original music, premiere projects initiated specifically for the Festival, as well as intriguing artists from many different countries, who’ll be performing in a wide range of configurations – from solo all the way to big band!

We begin with a concert at the Coastal Theater’s Sopot Stage, an excellent-sounding and inspiring space that’s an ideal venue for an acoustic concert. The trio appearing there on this day will be ideal as well. Winner of the Thelonious Monk Jazz Competition in 2008, Jon Ibragon, is currently among the most active and productive saxophonists of the younger generation. Testimony to this fact is the group which he has formed with two outstanding veteran, fellow artists: bassist Mark Helias, and drummer Barry Altschul. It’s fascinating to hear, and not often encountered, when musicians who are of different generations convene on stage, and are able to express themselves in a common stylistic language.

We’ll hear a fresh, but now also seasoned-sounding voice on  saxophone, together with those of two vastly experienced masters, who have retained their youthfulness, open minds and creativity.

Festivals are customarily oriented around venues that can accommodate larger numbers of listeners, but I couldn’t imagine ours not including one “club day”, at the congenial and inimitable SPATiF club.

I’m not sure many of you have ever had the occasion to hear a concert by a group, with a lineup that’s as unconventional as that of the duet of Swiss musicians, Andreas Schaerer and Lucas Niggli. Exclusively voice with a set of drums, extensive improvisation and interaction, spontaneous rhythms and electronic elements coalesce, allowing them to achieve something wholly unique and invigorating.

Leading German tenor saxophonist Matthias Schubert commands a beautiful and powerful tone, with exceptionally distinct and variegated articulation – I’ve always associated his sound with a volcano of energy. The Polish trio RGG, on the other hand, has for years distinguished itself on the Polish scene through consistently pursuing a European identity of its own, along with the aspects of musical expression that are associated with this. It will be the first meeting of these four insightful musicians, as well as being one of several premieres taking place at this year’s Festival. Personally, I perceive this concert as a productive convergence of fire and water, from which

I hope that a new, interesting element may emerge.

John McLaughlin, Don Cherry, Joe Zawinul, Jan Garbarek, Pharoah Sanders, Dave Holland, Salif Keita, Oumu Sangare, Bill Laswell and Annie Lenox are just a few of the world-renowned artists from various corners of the musical universe, who have enlisted the great talent of Trilok Gurtu. For many years now, this Mumbai-born percussion virtuoso has been transplanting Indian musical elements into the music of the West in remarkable ways. His solo performances are a fascinating journey into a realm of stimulating, masterful and, for us, exotic rhythms and aural images. He was already scheduled to appear in Sopot last year, but was prevented from doing so by an unexpected, last-minute stay in the hospital. Therefore, I’m very happy that he’ll be coming this year, to perform in the Crystal Hall of the Zatoka Sztuki (Art Bay) Arts Center.

On this day, we’ll also be hearing the trio BoZiLo in that venue. French saxophonist Julien Lourau, Algerian percussionist Karim Ziad and Serbian pianist Bojan Z are three consummate musicians, residing in Paris, who for years have been creating an exciting amalgamation of Balkan, Arabian-Berber and Western European aesthetics.

Our Festival has the pleasure of being the first in this country to host this extraordinary group.

Leading Polish trombonist Grzegorz Nagórski has prepared a premiere program especially for the Sopot Jazz Festival, and will be presenting it later in the evening, in our improvised ‚jazz club’ tent next to the Arts Center, which generates a great deal of excitement every year among Festival attendees. He’ll be supported by Hungarian pianist Kalman Olah, German bassist Manfred Bruendl and Austrian drummer Klemens Marktl, forming a truly pan-European quartet of brilliant exemplars of the contemporary main stream of jazz.

The final day in the Crystal Hall will be distinguished by two legends of jazz music.

Despite the fact that the appearance of new stars is pretty much an everyday event, American Greg Osby, in my opinion, has remained one of the world’s most modern-sounding saxophonists for over thirty years.

He’s distinguished by a highly original rhythmic and melodic vocabulary, which simply doesn’t get old. I spent many hours listening to his records, and practicing with them playing in the background, at a certain point. So it makes me very happy that Greg Osby will be playing for the Sopot Festival audience, with the excellent Swiss ensemble VEIN, with whom he has been greatly appreciated on the stages of our continent for many years now.

Our two-day program at the Crystal Hall began with an extraordinary solo performance, and that is the way it will be brought to a close, as well.

There are very few European jazz musicians who have attained a level of esteem and renown in the United States, and throughout the world, that is comparable to that of legendary Czech bassist Miroslav Vitous. After emigrating to the USA early in life, as a 20-year-old musician he was already beginning to perform and record with Giants in the history of jazz such as Stan Getz, Chick Corea, Herbie Hancock, Joe Henderson, Jack DeJohnette, and ended up being a co-founder of the popular group Weather Report. To this day, Miroslav Vitous is regarded by many bassists as a paradigm of mastery of the instrument. On many an occasion, I’ve been witness to musicians’ amazement at his flawless technique and beautiful sound, which we’ll have a chance to hear at this event.

After many powerful emotions in the Crystal Hall, we’ll once again relocate to our Festival tent, to take in the music of yet another premiere project. This time, it’ll be the work of preeminent Romanian jazz pianist Mircea Tiberian, who will show us the charms of the unique melodies heard in music from around Bucharest. He’ll be supported in this by a Polish-Romanian quintet with a very attractive lineup, including vocalist Nadja Trohin and Polish trumpeter Jerzy Małek.

But this time, that’s still not all! As a finale we have an additional, exceptional concert to offer to all music-lovers.

The fact that, even for the briefest period, we were able to bring together and actuate a Festival Big Band, comprised of the finest Tri-City and Polish musicians, literally borders on being a miracle.

The head and musical director of the entire endeavor is Aleksandra Tomaszewska, a highly gifted arranger from the Polish jazz scene’s younger generation, and the evening’s special guest will be Polish music legend Jan Ptaszyn Wróblewski, who – beyond contributing a few notes to the music – will share his reminiscences of the original, 1956 edition of our Festival. It’s thrilling, and a thing of great value, that there are artists among us such as Jan – who clearly remember those times, while continuing to be active and relevant voices in today’s jazz scene.

In keeping with tradition, the grace and hospitality of the Sopot Jazz Festival’s verbal narrative will be provided by the charismatic Artur Orzech, and Golden Polish Autumn, an organization that has worked with the Festival for years now, will take care of the atmosphere outside of the venues, with beautiful colors of falling leaves near the seashore.

It gives me great pleasure to wholeheartedly invite you all, once again, for us to gather and enjoy several days of great music from every part of the world!