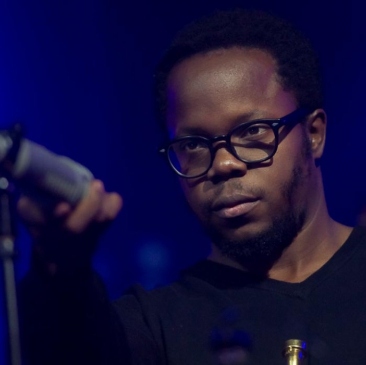 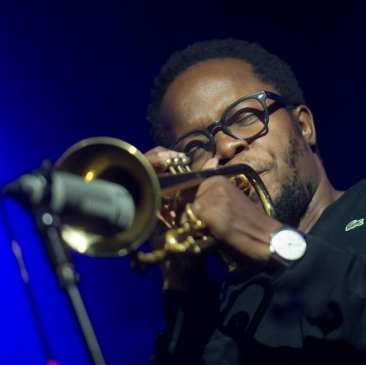 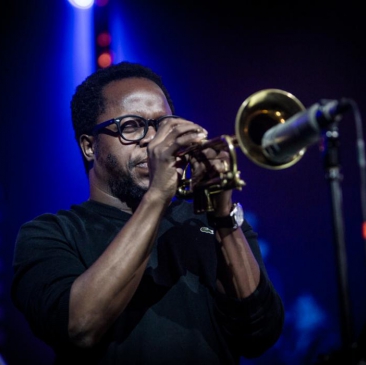 This is the fifth edition of the Sopot Jazz Festival for me, as its artistic director. And since every anniversary induces reflection, I think that we've been successful in creating an event that is a point of confluence, for people keen on becoming acquainted with interesting music from every part of the world.

I'd like to take this occasion to express heartfelt thanks to the Festival's organizer (the City of Sopot), its producer (the BART artistic agency), and to our wonderful audience, which has continued to provide us with its invaluable trust and support. Thank you!

To make an anniversary reference to my my first Festival introduction in 2011, where I compared my role to that of a shopkeeper who takes care of his circle of customers (by acquiring various hard-to-get items for them), I'd like to affirm that this declaration continues to be true. I think proof of that can be found in the selection of artists for this year's Festival, as this time we'll have as many as ten groups to enjoy: seven foreign (of which five will be performing in our country for the first time), and three Polish (including two premieres).

If we consider the theory that a standard jazz combo consists of a saxophone or trumpet, accompanied by a rhythm section - including piano, bass and drums - then I'm happy to say that as much as 90% of our program for this year is outside of the norm.

The first group to confirm this fact will be the original Berlin trio of harpist Kathrin Pechlof, which will open our Festival on Wednesday, October 7th, on the Coastal Theater's Sopot Stage. Immediately following her will be Nikola Kołodziejczyk - winner of this year's Fryderyk award for jazz debut of the year – presenting the premiere performance of a suite titled Progressive Baroque with his orchestra. Both groups will play acoustically, serving to emphasize the delicate character of this music, which oscillates between the realms of modern chamber, improvisational and jazz styles.

Thanks to SPATiF, we'll be able to enjoy a healthy dose of a club atmosphere one rarely encounters. Thursday, October 8th, is Sopot Jazz's day on that stage, and it will be hosting indigenous groups - freshly established by highly in-demand sidemen, who've decided to emerge from the shadows: Łukasz Poprawski and Jan Smoczyński's PSM, and SPHERE - an interesting group of representatives of the Polish wave of musical emigration to Denmark, including Ania Rybacka, Marek Kądziela and Kuba Dybżyński.

Following the pleasant intimacy of a club space, we'll turn our spotlights into Columbus Audiohall, to host you at Sheraton Hotel.

On Friday, October 9th, we will present three groups there, that will be performing in Poland for the first time.  The evening will be opened by an intimate duet of virtuosos, renowned on the European stage: Dutch pianist Jasper van't Hof and Hungarian saxophonist Tony Lakatos. Legend of European jazz, the Swiss-born Daniel Humair – who has resided in France for years – will present his continuously fresh musical conception with his current quartet, comprised of highly regarded French artists. At the end of the evening, we hear the Dutch Chambertones Trio with guitarist Jesse van Ruller, who in 1995 was the first European to win the prestigious Thelonious Monk competition, in the United States.

The Kingdom of The Netherlands is showing up at our Festival for the first time, and I'm very happy that it's being represented by no less than three outstanding entities. The last one of these will be on Saturday, October 10th, with the Dutch-Senegalese trio Reijseger / Fraanje / Sylla, led by the inimitable cellist Ernst Reijseger – known, among other things, for his extensive work with film director Werner Herzog. The French delegation this year is also strong, and it wouldn't be complete without the legendary bassist Henri Texier and his quartet, which will be giving its premiere Polish performance.

After all of these experiments with form, instrumentation and styles, we'll be closing out the Festival in a somewhat classic manner – with the quartet of one of American modern jazz's most popular representatives, trumpeter Ambrose Akinmusire. This abundantly awarded musician (winner of the Thelonious Monk and Carmine Caruso competitions in 2007, among others) will charm us with his music.

Our familiar presenter, Artur Orzech, will enhance the entirety, as it happens, with his graceful interlocution.

My yearly invocations to the weather for the time of the Festival in Sopot have never failed, so during this successive golden Polish Autumn, I urge you all to come and revel in the daily walks along the tri-city beaches, and inspiring music from throughout the world.