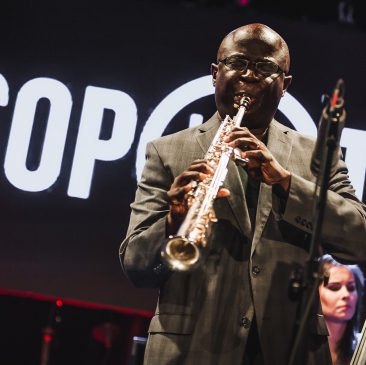 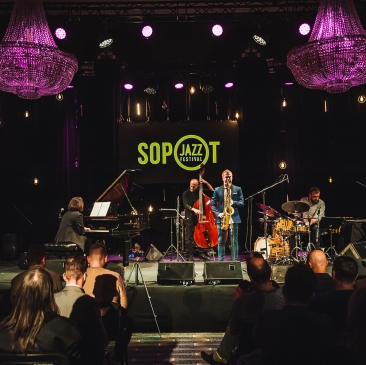 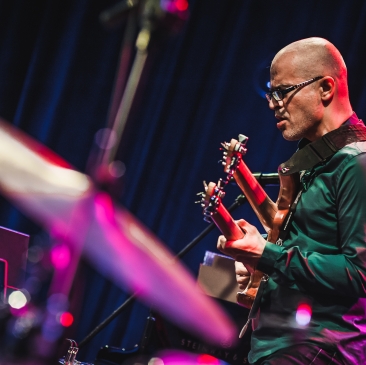 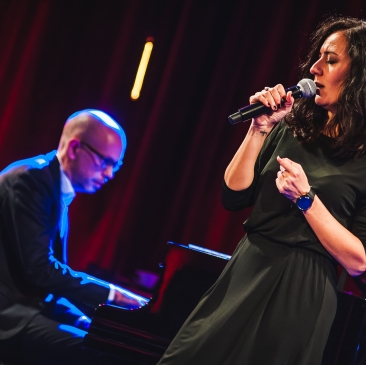 We’re proud to announce the program for the Sopot Jazz Festival 2017, which will take place on October 5-7, and will be the second edition of the Festival to be planned under the artistic direction of world-renowned American saxophonist GREG OSBY. The three Festival evenings will be held in the setting of Sopot’s legendary Grand Hotel.

“My main goal is to show how jazz is evolving in the world. Though jazz was born in America, today it’s a global music, a platform that’s open to influences from many different cultures and ways of musical thinking. The program of the Sopot Jazz Festival is a result of my own experiences of many years, and exposes audiences to new musical phenomena, as well as new, creative musicians.” - Greg Osby in “Jazz Forum” magazine.

The 2017 Sopot Jazz Festival will begin on October 5th, with a concert by vocal talents Alice Ricciardi, from Italy, and Viktoriji Pilatovic, from Lithuania – who will meet on stage for the first time, and demonstrate two different approaches to jazz singing. For the audience, this will be an extraordinary chance to experience such a broad spectrum of expression and melodic interpretation. The project will also feature performances by leading Italian pianist Pietro Lussu, American bassist Josh Ginsburg, and legendary Polish drummer Czesław Bartkowski.

On October 6th, the Festival evening will be started by Algorhythm, a quintet comprised of exceptional musicians from the younger generation, with a sound that’s already well-developed. Two tenor saxophonists who are appreciated on the New York scene, Adam Larson and Troy Roberts, will be appearing with 23-year-old pianist Kasia Pietrzko’s trio (with Adam Święs on bass, Piotr Budniak on drums) - each by himself, as well as in a lively tenor duel.

Friday’s evening will finish with a concert by Cleveland Watkiss, currently one of the most outstanding jazz vocalists, known for his elegant expression, warm tone and highly individual vocal style. He’ll be performing backed by a distinguished group of four leading British artists.

On the last day of the Festival, October 7th, we’ll hear two projects in which Dorota Piotrowska, a Polish drummer living in New York for years now, is involved. In the first one, talented Polish pianist Kuba Płużek will be performing with Piotrowska, along with Daria Chernakova, a bassist from Moscow who is active on the international jazz scene, with outstanding Israeli flautist Talia Rubinstein completing the lineup. The second project is one co-led by Dorota Piotrowska and American soprano saxophonist Sam Newsome.

The final concert will be one by Juan García-Hereros, a Colombian with indigenous roots who is also known as The Snow Owl. Together with a septet, the South American six-string contrabass guitar virtuoso will present the multi-cultural project The Blue Road.

Most of the musical projects presented during this year’s edition of the event came about at the request of the Festival.

After the evening concerts in the Sofitel Grand Sopot Hotel, all are invited to jam sessions, taking place in the Festival club the BOTO Theater on Thursday and Saturday, and at the Atelier club on Friday.

Masters’ jazz workshops will also take place as part of the Sopot Jazz Festival – on October 4th with guitar virtuoso Timucin Sahin at the Gdańsk Academy of Music, and on October 5th with saxophonist Troy Roberts at the BOTO Theater.